Free excerpt from my upcoming novella, No Turning Back 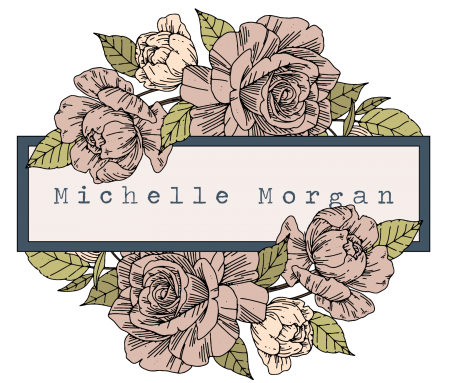 The electric warmth from criminally strong arms still tingles through me. I’m just feeling nostalgic, is all. Seeing him again reminds me of a simpler time, before one chaotic life event tumbled into another, and I became what I am today: focused, determined, independent. I push the distraction from my mind and narrow my attention on the task at hand. With passwords changed, I stand from my chair and smooth the wrinkles from my scrubs. Stupidly, I peek into a mirror fluffing my hair before going up to check on Jack. I catch myself and tie it back instead with the hair tie wrapped around my wrist.

And you are his client. Nothing more.

I spy three giddy front-desk employees—including my sister with the mile-wide smile—and then I see why. The most gloriously round butt, a specimen of man in snug light denim, is on perfect display as I approach their work area. He’s on his hands and knees beneath the desk, seemingly disconnecting the machine. If it were anyone else, I might bite my lip while trying inconspicuously to tilt my head for a better view.

Then I realize I actually am.

Jack takes a second longer to unplug the machine and lift it onto the top of the desk, and now his biceps are commanding my vision. They look as good as they felt, flexing with deft, almost graceful movements. I force my eyes up to his face, but that’s not any better. He runs a hand through thick, wavy, chin-length russet hair, and whisky eyes find mine.

I swallow back a tortuous lump, along with my dignity.

“The bad news is, the computer’s kaput. It’s eight years old, so I wouldn’t suggest pouring money or time into fixing it.”

My heart plummets. That’s more than bad news, it’s horrible. I have years of data saved to it. Duplicating files, or finding them elsewhere, could take weeks. Months. And we’re already slammed.

“Is there good news?” I ask, apprehensive.

He smiles. “Looks like I can recover the data from the hard drive. I’ll have to take it back with me. You’ll need a new computer. Give me two days and I can come back and transfer the data.”

“You can do that?” He may as well have said he could build a rocket and launch me to the moon.

I step closer, resisting the urge to touch him again. No one would likely think anything of it, this is the South and I’ve embraced Jack a million times. But he was Jackson then, and I’m too bothered by how badly I want to.

He grins, swiping a lock of gorgeous, shiny hair. It exposes a hint of a tattoo peeking from under his collared polo, and piquing my interest. “Wait to see if I can actually do it. In the meantime, you need an offsite backup in case it happens again. I can do that remotely, let you get back to work.”

“That would be great.”

A perceptible awkwardness slips between us. I should pay for his time now. Then he should leave. Instead we both just kind of waver, waiting. Suddenly Jack brings a hand to his shoulder and on instinct I press my own to it.

And now I’ve lost my self-control.

“It’s what I do,” I tell him, smiling, still touching his shoulder. “Let me adjust you.” From the corner of my eye, I see Paris quirk a brow at me. I slide her a look. Don’t judge me.

“Should I take off my shirt?”

Turns out Jack is a perfect client. Deeply relaxed, allowing me to move his limbs and work his joints, and he doesn’t make any awkward noises. We make casual, courteous smalltalk. His business is going well—after a full-time job working at another firm, and short-term projects with companies like HP and Microsoft, he set out on his own and has been self-employed for two years. Indiscretionary thoughts aside, I’m impressed by his charm and drive. He’s still just starting out, but he’s going to do well. He is already.

A swell of pride balloons in my chest.

“I’m glad to hear that. You’re good with kids.”

Which he was—is. I’m crazy to have looked at him like he’s…a man. Sitting up straight on the edge of my table, he’s a patient and nothing more. He handles each crack and snap of the adjustment with ease. Hearing the pop of release brings satisfaction to me, as well.

Eek. The image of him as a kid again, and me as his caregiver at least one night every week, reminds me how wrong this is. He’s too young. I’m his client. I remember his first night home from the hospital. I was nine when he’d been a scary, wriggling newborn.

Just doing a favor for a long-time friend. It’s become my mantra throughout the adjustment.

“I was so sorry to hear about your mom.” I hesitated bringing it up, wondering if the loss still hurt.

“She lived a long, happy life. I’m glad she wasn’t in pain for long.” He inhales a deep breath, lets it out. “Missed you at the funeral.”

“I regret not going, but Sadie had a play at school. I couldn’t miss it.”

Jack flinches when I focus my efforts on the rotator cuff of his left shoulder.

“How’d you get the injury?”

He exhales a husky laugh. “Game of racquetball got a little too intense.”

“I’ve heard sillier stories,” I assure him. “I can tell you work out.”

He’s well-adjusted now—in life and on my table—but my hands still move over broad shoulders and lean muscle. Against every code of ethics I know, I’m touching my patient just for fun. The subtle pressure on the base of his neck elicits from him a soft moan of pleasure. There’s no medical reason when my fingers find his silky russet hair and tangle into it.

“You smell the same,” he says, surprising me. “Like coconuts.”

“You remember how I smell?”

“It’s kind of seared into my memory.” As he says it, I realize I’m standing too close, my breasts pressed against his back, and looking over his shoulder I catch the hint of a growing penis against his jeans. I have never seen an erection at work, and now I’ve seen two in one day. This one is, ahem, harder to turn away from.

I release my hands and smooth down my scrubs again. “All done.”

“Well then, consider it a trade.” He stands, reaching for his backpack and slinging it over the non-injured shoulder.

“I’m paying you for your time today.” I walk to my desk and grab a checkbook from the top drawer.

“I insist.” He waves an awkward goodbye and steps into the hall.

Oh hell no. I don’t know how much his bill is, so I scribble in my own hourly rate times one and a half. I have to nearly chase him down to the waiting area and shove it into his front jeans pocket. The denim is soft against hard muscle.

“Take some weight out of your backpack. Or you’ll end up with two bad shoulders.”

I step back, assertively, eyeing him closer. “Do you always wear those jeans?”

Jack shrugs. A slight, stubbled grin. Too mature for his boyish face. “I have others.”

“Well wear something…looser…when you come back on Wednesday.”

“Yes.” I cross my arms and look from him to the girls behind the front desk. “You’re distracting Paris.”

He laughs gruffly before turning to leave, and I stand for a moment too long watching him go.

Marisela, one of the women behind the desk, audibly sighs. “Wow, he was dreamy. How do we get him to fix more computers?”

“Anyone have a sledgehammer?” says Alice, her counterpart.

“Ha-ha,” I deadpan as they both giggle. The waiting area’s cleared out. Paris is uncharacteristically mute, shooting daggers at me with her eyes.

Mom rounds the corner into the lobby. “Where’s Jack?”

“Just missed him. We need to find a new IT guy.”

“Care,” my sister pipes up, “you already told him to come back Wednesday.”

She rolls her eyes. “If you get wound any tighter, your head is going to pop right off.” That warrants a surly look from me to Paris. “I mean it,” she says. “Come out with me tonight. You need to cut loose for once.”

“Mom can watch her.”

I turn to Mom. The woman has been oddly quiet all afternoon. “It would be my pleasure,” she says.

This day has certainly jolted my nerves, jarred me from every direction. I am wound tight. I can feel it in my hands and my neck. Maybe that was the whole problem. After tonight, I can go back to feeling like myself.

We lose ourselves in books. We find ourselves there too.